VR & AR World advocates itself as the annual meeting place in Europe for the enterprise-focused Virtual and Augmented Reality community. In its recent 2017 edition – that took place in London, as usual – aimed not only at unlocking the market potential of VR & AR, but also to position itself as one of the most influential events included in the TechXLR8, London Tech Week’s flagship show.

Its vision included cutting-edge keynote presentations, demos and discussions by a wide range of leading industry speakers, as the event tried to engage the whole VR and AR ecosystem to meet, connect and do business under one roof.

However, vision and reality didn’t seem to match in this case. As the PREMO Group team verified upon attending the event, despite its strong sponsorship, partnership, and a dynamic agenda, less than 30 companies participated in the event as exhibitors. Small firms with modest stands occupied just a limited total exhibition surface, which may indicate that even if the technology is mature enough, its market applications and generalization among end users still remain underdeveloped – in Europe at least.

This event was participated by companies whose main focus was content or software development, most of them on 360° experience. There was an additional underlying trend also, since many of these developers purchase hardware solutions such as headsets or helmets from 3rd parties.

Naturally, hardware solutions, even if not self-developed, were represented in the event by a majority of the exhibitors. However, major companies that integrate and develop most of the hardware available did not attend. As the industry is currently shaped, it seems that a few major manufacturers provide physical devices to content/software developers in order to integrate and run their solutions. Hardware solutions, for which PREMO can offer a wide range of motion tracking sensors, were not customized or adapted in most of the cases; each set came with the original manufacturer logo, such as HTC Vive, Oculus Rift or Samsung Gear VR, and no external modifications whatsoever.

Unlike the high attendance of content and software developers, there were just a few exhibitors that develop their own hardware, such as StarVr. In these cases, there were still prototypes in their advanced stage, which means that the market expects smaller companies or labs to come up with new hardware solutions, but still with a long way to go. These were found both for VR and AR applications.

Considering the scarce number of exhibitors, there was a fairly wide range of applications displayed: automotive, gaming, industrial, and security, and even more oriented to the medical and health industry, etc. It is worth mentioning that in exhibitor stands from related sectors such as 5G or IoT (Industry of Things) there were some displayed prototypes for applications that were clearly oriented to virtual reality, such as home appliances, automotive industry, wearables, M2M, robotics, or drone related apps. There was clear evidence that VR and AR will be closely related to these previous fields of activity in the near future, while PREMO keeps innovating one step ahead of the industry. As a result of this effort, the company has developed a wide range of AR/VR EM Motion tracking sensors. 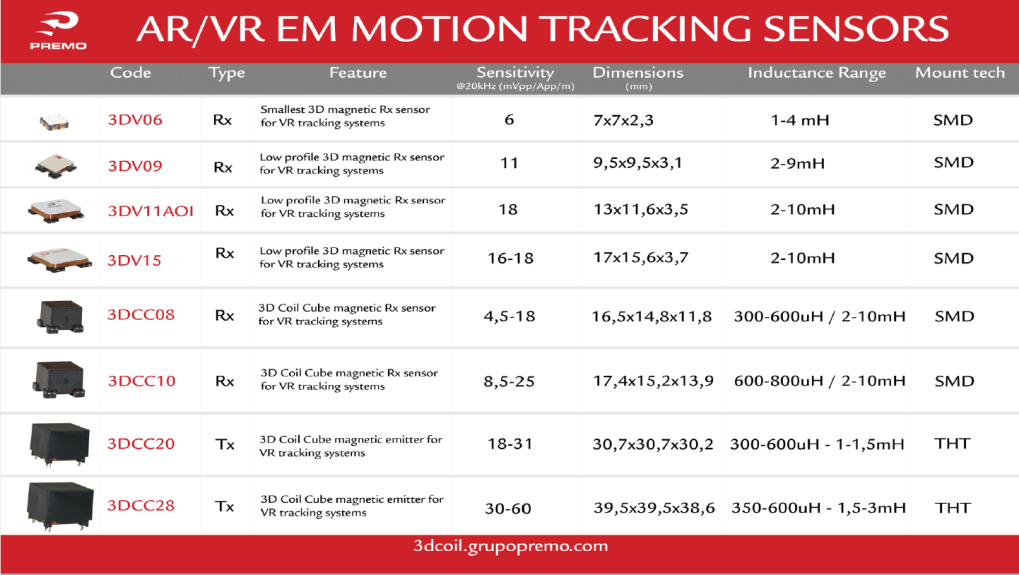 Our conclusion after attending VR & AR World is that far from unlocking the commercial potential of the virtual and augmented reality in Europe, this event served merely as a starting point, a dynamic platform where one can nowadays get insights of the potential and direction in which this market is going, while its true form rests veiled. The feedback obtained from several attendants and experts is consistent, for now the VR & AR market is thriving mainly in the US, where most of the integrators and hardware developers are based.